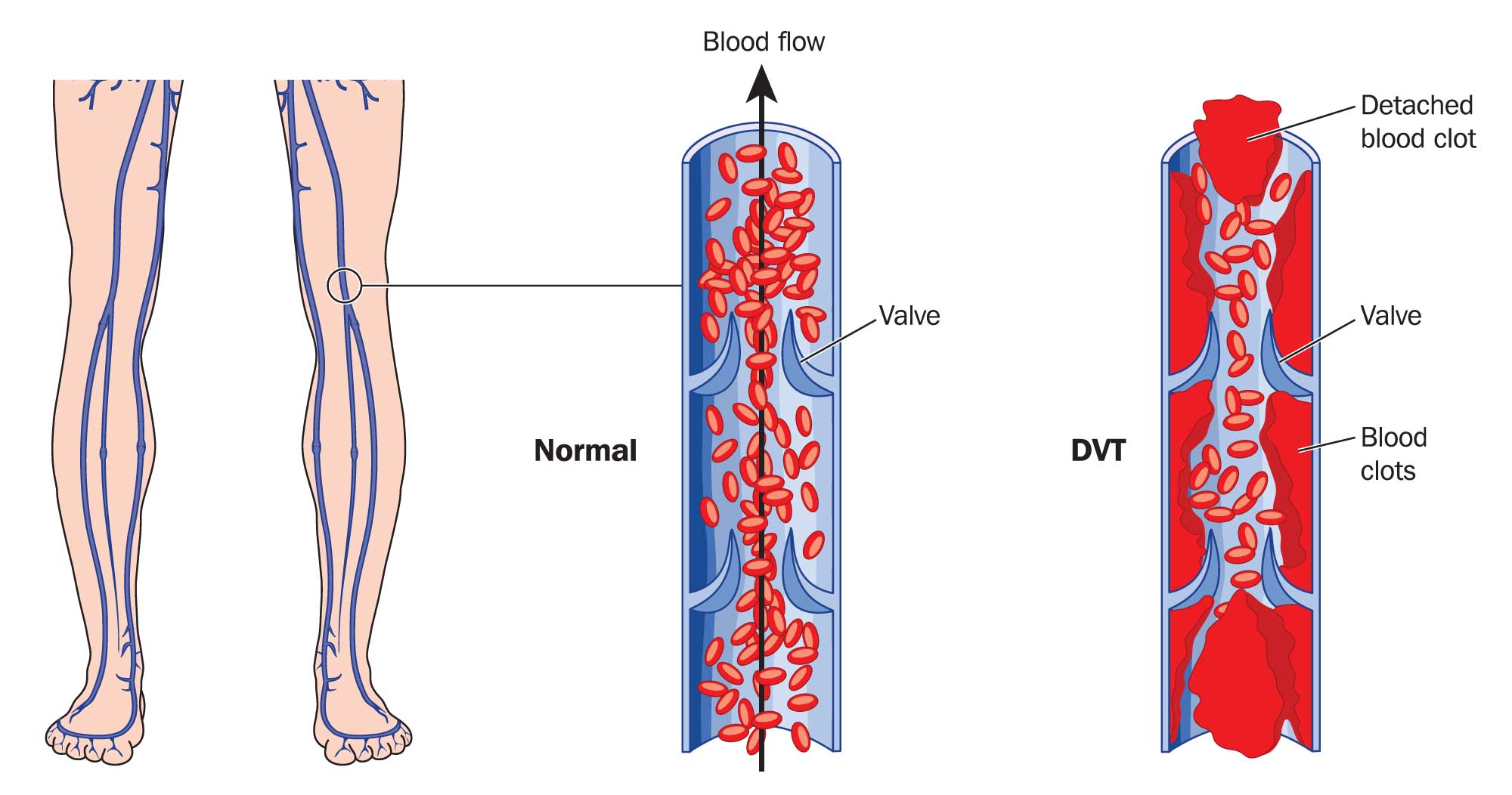 DVT is when a blood clot forms in a vein in the body that is a major conduit for return of blood from the legs to the heart. Such a blood clot poses a risk of serious consequence. This blood clot can break free and travel to the lungs resulting in a blockage called pulmonary embolism (PE). In extreme cases, a PE can be fatal, but even if not fatal it may cause permanent damage to the valves in the vein. A large percentage of all instances of DVT occur without warning, which is why it is known as the “silent killer”. Often, when the symptoms of DVT do present themselves they can be mistaken for common post-surgical side-effects such as muscle pain and tenderness, swelling/tightness, skin discoloration, etc. While numerous risk factors exist that increase a person’s chance of developing DVT, one of the most common is having surgery involving your hips or legs. Our VCU therapy system includes a feature designed to reduce the risk of DVT.